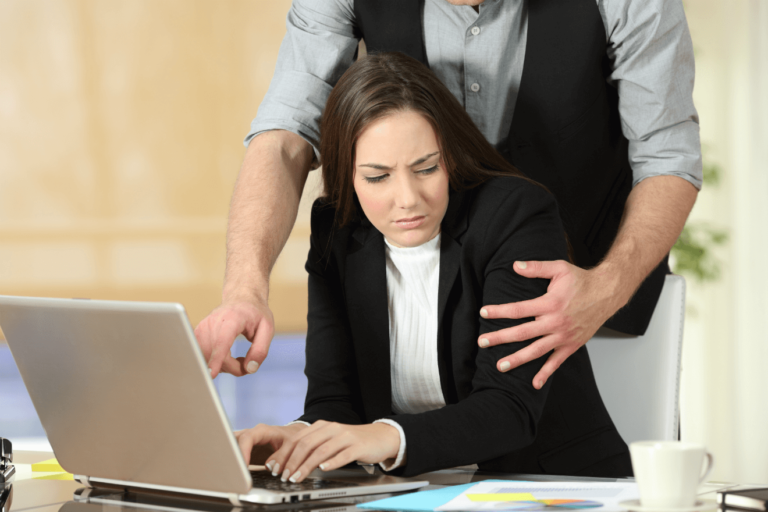 Sarajevo, 13.12.2019. – When you enter the world of journalism, you have some sort of romantic expectations. You believe you would become the voice of the unheard; you believe that you will meet some interesting people, you dream of traveling around etc. What you do not expect is the fact that you shall be estimated and your work shall be evaluated not in accordance with your reports and articles/texts that your write or post; instead you shall be marked and your work assessed according to your outer look, gender, years etc., that is, if you are a female journalist you will need double or even triple effort to prove yourself good, so you could finally be considered and treated as professional journalist. You won’t expect, just because you are a female journalist, to build walls around you in order to protect yourself, thus at the same time, remaining calm, lucid and focused.

Primitive people in the world of culture

While being suggested to write about the nature of problems that female journalists encounter and face in BiH media field, including to what extent they are being obstructed to do their job, how often they get attacked physically and assaulted in many other ways, wondering about various and countless situations in regard with the above mentioned, I soon realized that sexual harassment, direct or indirect, does represent rather serious problem in the field of BiH journalism. In the texts, so far, my workmates and female colleagues have mostly been writing about problems within editing offices, including those of political background and problems concerning eventual pressures imposed by their superiors, including managers, owners and entrepreneurs. However, I do believe that many of them did experience these kind of pressures, inside and outside editing offices as well. Regardless how minor it seems, sexual harassment is indeed a serious type of pressure imposed against female journalists, especially because we tend not to talk about it. Sometimes, we manage to identify and recognize it, sometimes we feel ashamed to talk about it and sometimes we do not want to be left without the source of information, thus pushing the dust under the carpet.

This particular time I shall focus on few cases only based on my personal experience, because while being engaged with several editing offices (including the post of a PR in certain media house), I had the opportunity to see how collocutors estimate and consider male journalists, comparing to those of female journalists. I spent the longest period of my professional journalist career in editing offices covering cultural affairs and cultural life. Some would say that artists – painters, writers, actors, and movie and film directors should be adorned by gentle conduct towards any women. Indeed, there have been beautiful collocutors in all fields and branches. However, there are others who think that their names should grant them with more reputation in communities than they actually deserve and more than the names of others.

Nada Salom, a female editor at “Oslobodjenje” (a local newspaper) instructed me to do an interview with the president of local art association that at the time, happened to be celebrating their anniversary that year. I called this person and arranged an appointment.

He suggested that we met at the place of his choice. Photographer was unavailable at the time, so I went there by myself not even thinking about any problems that may arise. As I sat down, having a cup of coffee and preparing my voice recorder, I explained to my collocutor what I was intending to cover during this interview. While I was completely relaxed and while sitting comfortably in my chair, this “reputable artist”, suddenly stood up from his chair and sat down on my knees!!

I did manage to get away from this, rather embarrassing situation. He then started to apologize and even gave me his work at the end which I, being totally angry and frustrated, threw in the nearby rubbish bin. I called my chief-in-editor and wanted to tell what had happened, but I felt embarrassed. I felt as I had done something wrong. I looked at myself and realized I had commodious t-shirt and trousers, which was nothing provocative. At the end I did not say anything to my superior except that the interview was not done. I said I could not have done and asked if she could appoint someone else to do it. She replied that I should do it whenever I get available time. And then, after couple of days, I again called this “reputable artist” and he said that he was not feeling well; apparently he was lying in his bad at home. I must admit that I was slightly enjoying while I was sitting above his head and listening his helpless voice.

At one moment, there was an idea of filming a movie about surrounded Sarajevo during the siege (1992-1995) that was to be directed by Veljko Bulajic. I was once again, suggested to go for an interview where I would be appointed as the PR of this project. I went there, talked to organizers and got this job.

However, I only managed to stay there for a week since I heard that the movie was never to be filmed. During this period, I managed to arrange couple of TV interviews, publish and post few articles/texts in newspapers and arrange few interviews on local radio stations. Still, the organizer informed me that they were expecting more from me, since they had decided to appoint me, apart from other competences, due to my appearance and outer look! I was also suggested that I should have invited certain editors and propose them to go out with me…

My next task was to have an interview with the local culture institution director. I called him and arranged a meeting at Kamerni Teatar (local theater) premises. After my introduction at the table where were sitting, he decided that he would not to do this interview. I was confused and asked him why he wouldn’t want to have an interview with me and he told me that I could not have possibly conduct a successful interview, because I looked too good to be a professional female journalist. After that, he moved from our table and sat down with the people we both knew and they of course happened to be men. He went back to our table and decided to accept the interview with me. They might have explained him that I was not that stupid after all.

During the interview with this “popular”, rather than reputable artist, after being asked to reply whether the fact that he had been indicted for plagiarism (signing) of work by other artist was true, he suddenly twisted my arm, grabbed my voice recorder and pulled the tape out.
He then said that he would call the director of my media house and tell him that this interview will not be released and published. While I was leaving I told him that I did not need the tape because I had a very good memory and that were other collocutors as well. Without any drama, while he was behind me, I decided to run away stepping over two steps on the stairs. This interview was of course posted and published, which was courtesy of Svjetlana Salom who had fought hard for its release, although the original content was notably reduced by the editor-in-chief.

Do not feel embarrassed and ashamed to report harassing

I remember that Hamza Baksic, a wonderful man and great journalist once wrote and published the book titled “I, journalist” where he, above many other things, was treating problems that female journalists may face due to their outer look, appearance or the way they dress. I disagreed with that theory, because I always asked myself and wondered why anyone would judge my competences and professionalism just because of the way I would dress. I believe that in time, I somehow managed to overcome these obstacles.

My message to younger female colleagues is to avoid these kind of disturbing situations as much as they possibly can, and if they encounter these kind of situations, they should not feel embarrassed and ashamed to report harassing. Perhaps, editors and media entrepreneurs would then have more understanding for these problems and accordingly show more tolerance.

P.S. Any resemblance to actual persons, living or dead, or actual events is purely intentional and deliberate. There were no names used in this text, because some characters passed away in the meantime, and because some persons, designated and described in this text were probably not the only persons that had treated female journalists in ways outlined above. Therefore I would thus allow others to identify and recognize themselves and accordingly rectify their actions.