Sanction the Perpetrators of Attacks against Journalists in BiH and Serbia! 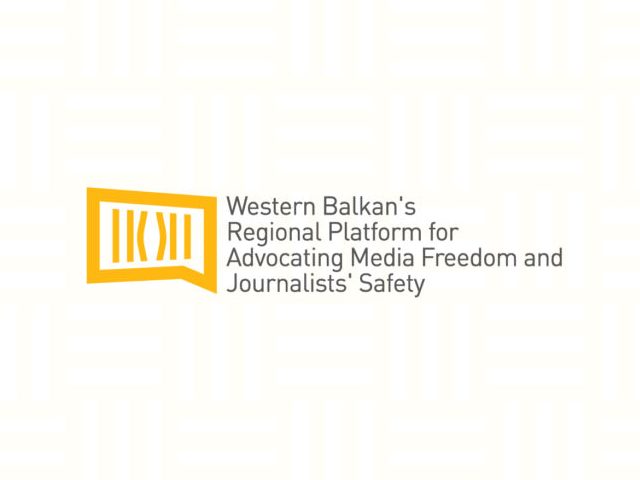 SARAJEVO, BEOGRAD, 31.03.2019.-The Western Balkans Regional Platform for Advocating Media Freedoms and Journalists’ Safety, which represents more than 8000 members, strongly condemns the brutal attack against Adi Kebo, photographer for the Žurnal portal from Bosnia and Herzegovina, and threats against Dragan  Janjić, editor in chief of the Beta Agency from Serbia.

While on assignment, photographer Adi Kebo was attacked by Huso Ćesir, senior official of the SDA party from Sarajevo, inflicting light bodily harm and destroying his equipment. At the same time, Dragan Janjić, editor in chief of the Beta Agency, received a threatening SMS message which read: ‘If there’s any chaos on Saturday, the Beta office will be set on fire. Nothing as bad as RTS, democratically expressed dissatisfaction’. The Serbian police announced that the person who threatened Janjić had been brought into custody on 23 March 2019.

The Žurnal portal and the Beta Agency have been recognized in the public space of the Western Balkans as independent media outlets that provide critical coverage of issues of importance for the public, examining issues of corruption, political nepotism, other forms of unlawful action by public officials, as well as civic protests.

‘Let us reiterate that violent behavior and threatening messages are an unacceptable attack against freedom of expression and safety of media professionals, and are a particularly brutal form of intimidation, preventing journalists from writing about crime, political corruption or civic dissatisfaction in a consistent, critical and objective manner and in the interest of the’, said Borka Rudić, General Secretary of the BH Journalists Association, decisively inviting the competent law enforcement authorities to investigate these cases urgently, and take adequate legal measures against persons who are behind them. ‘We salute the rapid reaction of the Serbian police and we expect the competent authorities in both countries to investigate these cases urgently and completely, and thus send a message that violence against journalists in Western Balkan countries must stop! State institutions must undertake to sanction the perpetrators of these attacks as their own legal obligation, and serve as an example of responsible conduct in cases of violations  of media freedoms,’ concluded Rudić.

The Western Balkans Regional Platform for Advocating Media Freedoms and Journalists’ Safety has recorded two physical assaults and 12 threats against journalists since the beginning of 2019. We underscore that attacks and threats against journalists are a direct violation of the rights of the citizens to be freely informed, to receive and distribute information, which questions the functioning of Western Balkan states in compliance with the principle of the rule of law and full observance of human rights and freedoms.

The Western Balkans Regional Platform for Advocating Media Freedoms and Journalists’ Safety shall inform all the European institutions about these two incidents and request their intervention in the field of protection of media freedoms and journalists’ safety in the region.