Media and politics in Bosnian way: A marriage of convenience 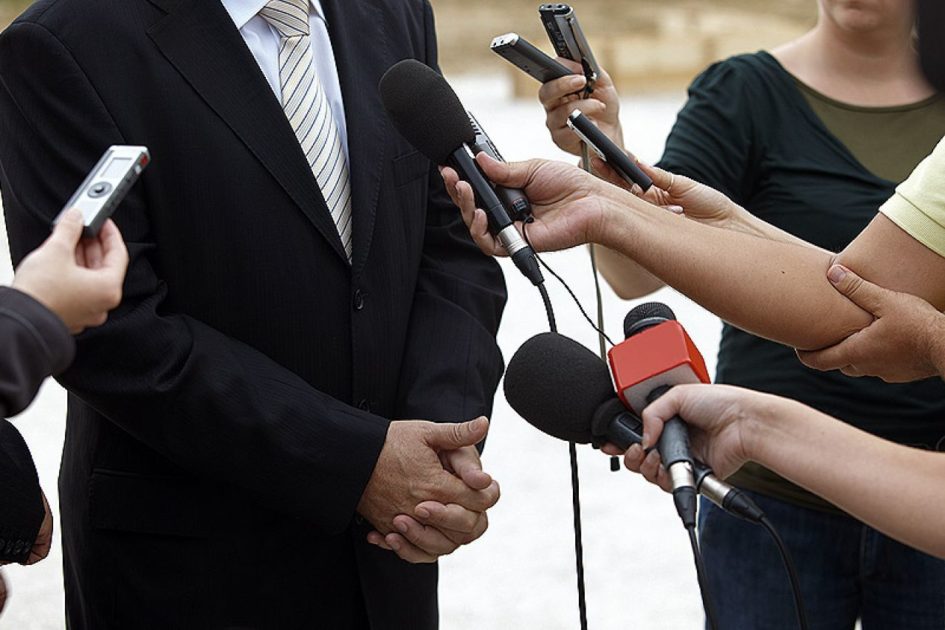 Sarajevo, 17.12.2019. – The discussion on the relationship between media and politics seems to be going on forever. The first debates concerning the influence of politics, political parties, politicians and various political entities on the work of journalists and the media have begun ever since the mass media came into being.It can be said that the influence of politics is unquestionable, and that in different historical epochsit only had different form and intensity.

During crises and wars, the influence of the authorities and the military was greater. Throughout history, various authoritarian regimes have also controlled the media, and there are examples of that even today. On the other hand, periods of peace and socio-political stability generally favor the media and media freedoms. In such circumstances, one can generally note the more progressive development of journalistic freedoms and a somewhat greater degree of media independence.

However, the situation in theory is often completely differentfrom that in practice. So even though there are countless declarations, recommendations, and even laws in the modern democratic free world that seek to protect journalists and the journalistic profession and ensure the independent work of the media, it seems that there has never been a wider array of ways in which politics and political entities are settling scores with reporters – from those soft counseling mechanisms and slight pressures on editorial policies, through insults and harassment, to the explicit physical assaults and murders of journalists (in 2018, as many as 94 journalists were killed worldwide).

The first newspapers in Bosnia and Herzegovina developed under the auspices of the then power centers that had different interests. It can further be found that during the Austro-Hungarians the media continued to be the (propaganda) instrument of the political elites and, after that, of the socialist regime. Even after the collapse of the single-party regime and the advent of democracy, the relationship between the media and politics remained unchanged – the media remained subject to political subjects and government.

It is the influential politicians and political actors who have inherited the need for media promotion, which is secured through political as well as financial control of the media. On the other hand, it seems that the media and journalists have never experienced complete “critical coming of age” and emancipation. In modern terms, the relation between media and politics has taken on a clientelistic character. The scene is a kind of symbiosis, with media owners, editors and journalists enjoying various forms of political support while in turn becoming the extended arm of political patrons. Namely, directors, editors and journalists are often appointed through political lines to the most responsible functions in domestic (public) media outlets, or in time become practically private PR agents of certain politicians and / or political entities.

This problematic situation, with the exception of entity public services and the state public broadcaster, may be even more pronounced in local public media financed from municipal, cantonal and city budgets.

According to the data, there are a total of 81 local media in BiH (62 radios, 19 televisions) financed from local budgets, which is a significant part of the entire BiH media system. However, while they have great potential to contribute to the development of the journalistic profession, these media have generally been reduced to the level of local media by the local authorities. Honor the exceptions!

In addition, the owners of the private media are often politicians themselves or are very close to the political elites. In this case, the media are, as a rule, used as a training ground for political altercation with political dissenters, and the rules of the journalistic profession are completely ignored. This problem seems to be the most pronounced in the online sphere today. Namely, since the launch of online portals does not require any permission from the regulatory bodies (for example, there is no Law on Transparency of Media Ownership), the opportunity has opened for political parties to actually use the space for their own promotion under the cloak of informative (mostly) local media.
Given that such wild portals, which, especially on the eve of election campaigns, spring up like mushrooms after the rain, it is impossible to find information on ownership structure or editorial office at all. It is impossible to find an explicit link with certain political entities. Although official links with political entities are not visible, the content that such media places is. At first glance, one can notice the disproportionately larger space devoted to particular politicians or political parties, which is accompanied by a fan-friendly reporting style. On the other hand, political opponents are, as a rule, presented in a negative light or completely lacking in content regarding their activities.

Also, what is very problematic is that the broader community has practically not yet accepted journalism as a profession that is “equal” to the rest. Public discourse is dominated by the opinion that journalism can be “practiced by anyone”. Despite the fact that journalism courses are available at all public universities in BiH, the general public still perceives the profession as a skill reserved for those with a highschool talent for essay writing. This is how the profession is treated by politicians themselves, who are often arrogant and disrespectful towards journalists (this is notonly the case in BiH). In this sense, journalists are often the target of verbal attacks by politicians, but also the target of physical attacks by the public. Since the beginning of 2019, around 50 cases of attacks on journalists and violations of the right to freedom of expression have been registered in BiH. From the BH Association, journalists state that impunity in many cases is a consequence of the attacker’s direct connection to the centers of political power. The attempt to assassinate RTVBN journalist Vladimir Kovacevic is a drastic but illustrative example of the challenges journalists face in their work.

Apart from these virtually “side-impact” issues, there are internal problems that plague journalists. First of all, this is reflected in poor working conditions with low and irregular wages, and unregulated working hours. Journalists are often not registered for tax, which is why they are not paid retirement and social security benefit tax. Often, breach and disciplinary procedures are violated. Also, infrequent and outdated equipment is often used (the still popular “BETA cameras” are recorded), and only the lucky ones have the opportunity to work in better technological conditions. Media outlets (especially local media) fill their ranks with young journalism students who agree to volunteering, which does not change after many years of work. In this regard, young people are becoming cheap skilled labor. Given these unfavorable working conditions for journalists, one should not be surprised at the great number of pressures they face. This is especially true of the aforementioned economic and political pressures, which are most often manifested by the condition of obtaining or retaining jobs, but also by advancing within the media.

Internet and social networks as a space for free thinking

Still, it does not seem all that gray. We can also mention some of the positive sides of the coin. Above all, the entry of major media outlets into the BiH media scene such as Al Jazeera, N1 or Anadolia is certainly the upside. It is most visible in the segment concerning independence from local politics and political interests that cannot exert any pressure (either political or economic) on the editorial policies of these media. In this sense, the existence of these media actually creates the impression of the existence of media pluralism and independent journalism. Then, the expansion of the Internet (which is a completely unregulated space and therefore free) could, in a (utopian) sense, be a potential tool for the development of the journalistic profession. Although there are, of course, more negative examples (high levels of hate speech or fake portal blasts), it seems that on the horizon there seems to be an oasis or space for critical reflection of political reality in the form of BiH Twitter community. Namely, the Twitter community is developing and growing in BiH, and there are more and more independent media outlets and bloggers / vloggers providing a different, alternative viewing angle to the mainstream media.

In addition, new communication channels and a large number of online platforms can also be a useful tool for pointing out the disadvantage of journalists and the profession itself. In this regard, more and more proactive activities of non-governmental organizations in this direction can be observed, which seek to highlight the problems that journalists face. The work of journalists’ associations is also something that provides such resistance to various pressures, seeking to raise awareness among social actors about the importance and role of independent journalism as one of the important pillars of any democratic society.

What can also be a part of a long-term plan to fight for better journalism is political and media literacy. Specifically, media literacy is at extremely low levels in BiH, and according to recent research, BiH is at the bottom of the media literacy index in Europe. Media illiterate citizens are an easy target of political and media manipulation, which is why it is very important tofrequently carry out activities to spread media literacy among as many citizens as possible, especially among young people. Media literate individuals represent antibodies of their own in contaminated social and political media reality. Only media and political literate individuals can contribute to a better development of a democratic society as a whole.

(The author is a doctor of communication sciences and works at the Faculty of Philosophy at University of East Sarajevo. This article was created as part of a project implemented by BH Journalists in collaboration with the German Embassy in BiH)
BHN, Sarajevo, 17/12/2019