Media and Human Rights: The LGBTQ community lives in fear of discrimination and violence 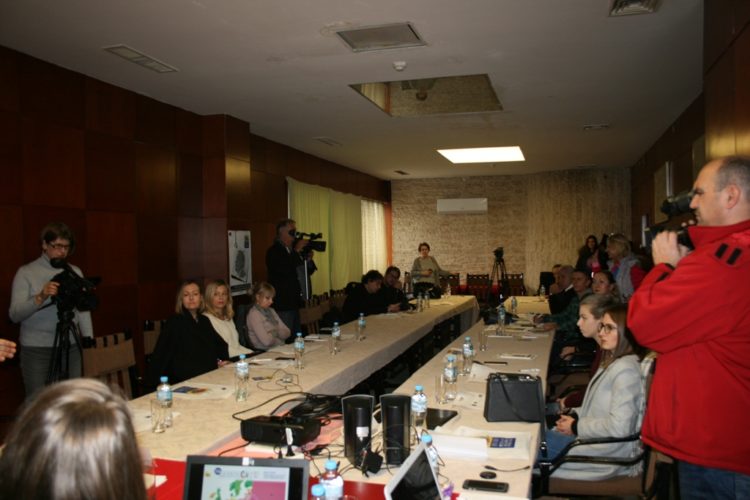 Tuzla, 4.12.2019. – In order to create a safer environment for the LGBTQ community, work needs to be done to advocate for the human rights of this marginalized group and to sensitize the public and officials in public institutions – this was highlighted during a public discussion “Mapping Human Rights in the Media with a Focus on Protecting the Rights of LGBTQ Persons”, held today in Tuzla.

Marko Divkovic, President of the BH Journalists Association, believes that the rights of LGBTQ persons are dealt by the media manifestly or incidentally, and that editors should work to increase the number of media content on the rights and interests of this social group.

“When it comes to media coverage of the human rights of marginalized groups, some journalists act as if they were not about people with their own needs, so they create media based on sensationalism, spreading stereotypes and prejudices”, Divkovic said.

Research on the human rights status of LGBTQ persons shows that over 60 percent of members of this community have experienced discrimination, without 83 percent reporting a violation of human rights, since they fear for their security and do not trust institutions. Dajana Bakic, executive director of the Tuzla Open Center, says LGBTQ people still do not report the problems they face because of fear of being “out” and that they would have to admit that they have experienced discrimination based on gender identity, which is difficult in a homophobic and patriarchal society.

“The LGBTQ community lives in fear of the discrimination and violence it may experience from institutions and the general public. Also, LGBTQ people are not sufficiently aware of the available mechanisms and where they can report human rights violations and seek protection”, Bakic emphasized, adding it is very important that the media treat this issue professionally and objectively, without sensationalism and with a research approach to the problems and the needs of LGBTQ people.

Zoran Pelemis from the “Your Rights BiH” Association thinks that all social actors should give greater contribution to promotion and protection in order to fully respect human rights in BiH.

“We cannot talk about judicial practice when it comes to cases of human rights violations against LGBTQ people, because we have a difficult time getting to the cases. The reason is that LGBTQ people rarely decide to report a crime, precisely because of fear and distrust in the system”, said Pelemis, noting that cases of human rights violations against members of the LGBTQ community would help to find out what is the practice of certain courts in BiH and whether they act in accordance with the judgments of the European Court of Human Rights.

Enes Osmancevic, a professor at the Faculty of Philosophy in Tuzla, points out that the media are promoters of the social values ​​system, but the old system that used to be in effect has been destroyed and now the BH community is unable to establish new values.

“Wherever you scratch the surface, you will find human rights abuses. Those of us who want to live freely have become the minority because the logic of collective identities has plagued the individual persons, and this is not only a problem in this environment, but a problem of civilization”, says Osmancevic.

Participants of the public discussion concluded that the media should report more on the specific life stories, successes and problems of LGBTQ people, respecting the standards of journalistic ethics, in order to improve the quality of media content on this topic by professional and ethical approach, and contribute to greater public awareness. Also, one of the mechanisms for improving the position of members of the LGBTQ community in BiH is sensitization of the public and constant education with representatives of BiH institutions.

The public discussion held in Tuzla is part of the project “Media for Human Rights”, implemented by the BH Journalists in cooperation with the European Federation of Journalists and the Pro Educa Training Center, with the financial support of the European Union.
BHN, Tuzla, 04/12/2019