By working together to a safer environment for women 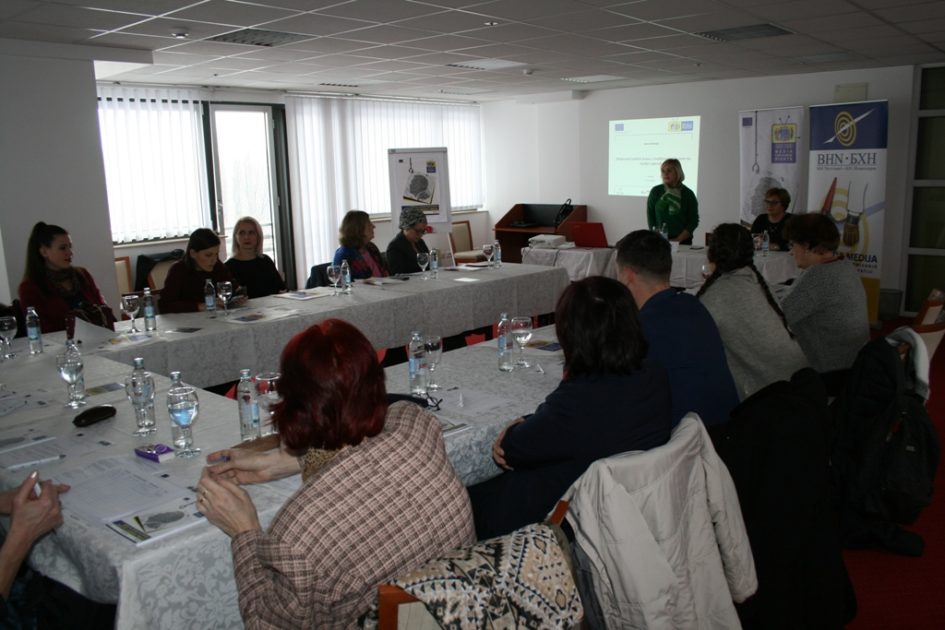 Zenica, December 3, 2019 – Violence against women is the most serious way of violating human rights and that is why we should work on the joint transformation of the whole society through education and advocating equal respect for all human rights, it was stated during the expert meeting “Mapping human rights in the media with a focus on domestic violence”. which was held in Zenica.

Present participants from the non-governmental sector, media and government institutions agreed that the media, as one of the most important social segments, should report on cases of domestic violence and violence against women in a much more responsible way, in order to avoid secondary victimization.

Velida Kulenović, member of the Steering Committee of BH Journalists Association and correspondent of Radio Federation from Zenica, says that sensationalist headlines when it comes to violence against women serve to attract the attention of the audience where journalists completely forget about ethics and journalistic standards. “We need to be further educated when it comes to ethical and responsible reporting on gender-based violence and women’s human rights, so that we report on it continuously and not just during 16 days of activism,” Kulenovic emphasizes. 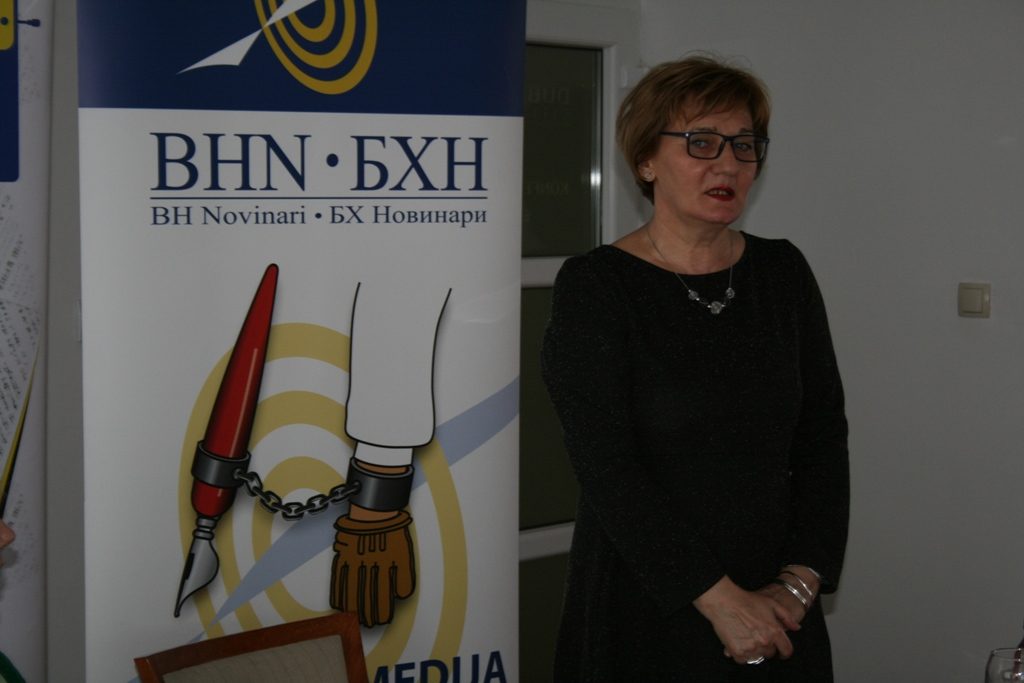 Borka Rudic, Secretary General of BHJA, believes that the media rarely work to break down prejudices and stereotypes about violence against women, and that their sensationalist reporting draws attention to the text and collects likes, instead of reporting to protect human rights and their violation. “The media report on gender-based violence only when the act of violence itself takes place, in a sensationalist way where often all attention is paid to the perpetrator and not the victim,” says Rudic, adding that media workers side with the perpetrator and not the victim and that the crime is relativized. through media reports in which bullies are portrayed as people who are recognized in the community as good, non-violent and self-sacrificing people.

During the meeting, the results of the research on violence against women conducted by the researcher of the Pro Educa Srdjan Puhalo were presented as part of the “Media for Human Rights” project. The results show that in the Federation of BiH there has been a decrease in the number of users of safe houses, which does not mean that domestic and gender-based violence in BiH society is decreasing, but that the state does not care about safe houses that have a constant funding problem. Also, the research data show a wide range of violence – from shouting, shouting, slapping, pushing, threats through insulting and humiliating messages to physical and psychological abuse and economic blackmail. As many as 40 percent of respondents did not react at all or reported violence due to the belief that it would never happen again. 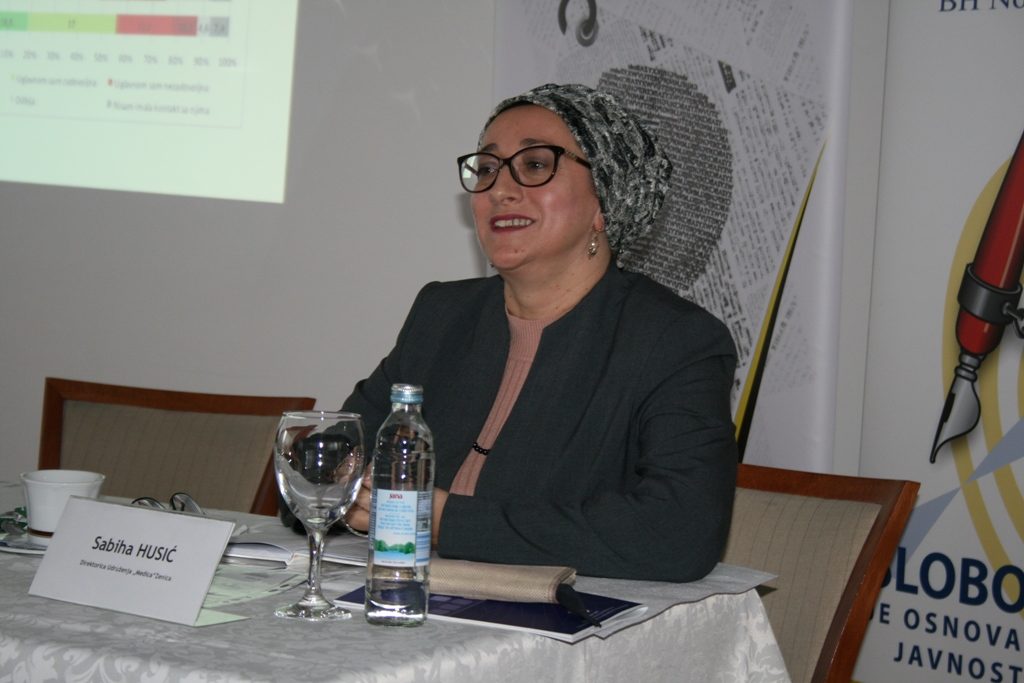 Sabiha Husić, director of the Association of Medica from Zenica, points out that every human being must enjoy his human rights regardless of social status and that such an environment must be created where every person will talk about violence, because they will receive support and that is why partnership is important. of all actors in the community. “Together with the media, we need to work on the transformation of the entire society when it comes to gender-based violence, from the family, educational institutions, social protection to the highest levels, ie to educating those who have the greatest power to address these issues, politicians.” Husic.

Aldina Alić, spokeswoman for the ZDK Ministry of the Interior, points out that the mechanism for providing protection and support to victims of violence is not an essential problem, but problems arise when journalists state the child’s name in the media and then everything that institutions do falls into the water. “Once it is announced in the media who the child who was a victim of violence is, it becomes labeled and then it carries that burden for the rest of its life.” She also referred to the problem of not reporting domestic violence. “Failure to report a crime is a crime and every citizen who has knowledge of it is obliged to report it, although, unfortunately, we live in such an environment and environment that our citizens believe that no crime should be reported, including violence in family, ”says Alic. 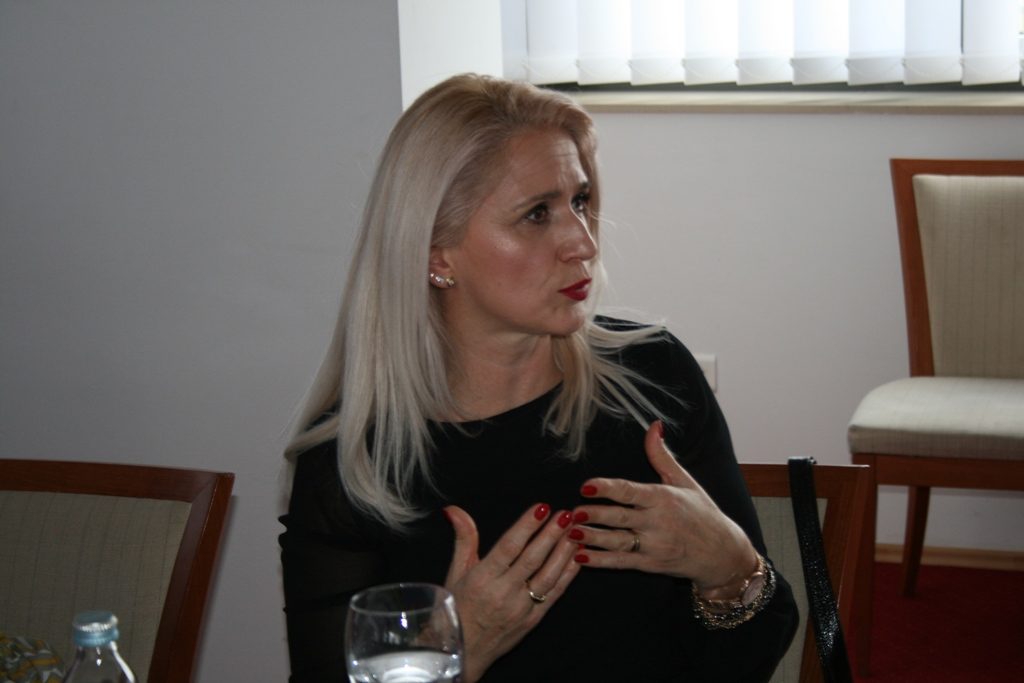 The participants in the meeting agreed that it is important to work on educating all social actors about gender-based violence, but also on preventing this social problem, as well as on sensitizing the public, because without intersectoral cooperation and support it will be difficult to eradicate the most serious human rights violations.

The expert meeting in Zenica was held within the project “Media for Human Rights” implemented by the BH Journalists Association in cooperation with the European Federation of Journalists and the Education Center Pro Educa, with the financial support of the European Union.