Gender-based violence in BiH: for perpetrators most often only suspended sentences 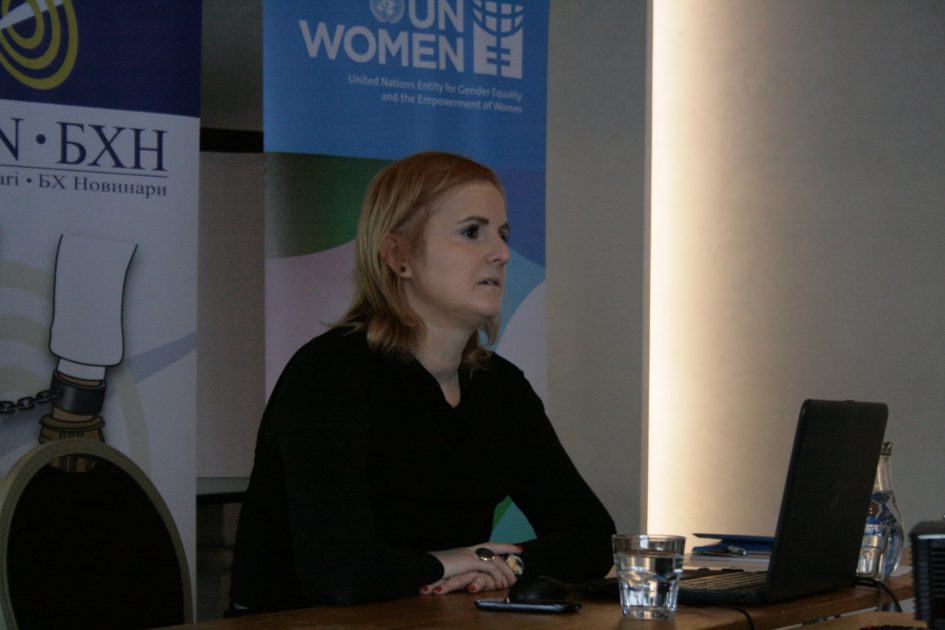 Jahorina, 20.11.2017-Violence against women always implies a certain form of discrimination and violation of human rights, and the fight against gender-based violence requires a dramatic change in human consciousness and public perception of this social problem, it was pointed out at the Journalism Academy 2017 for students of journalism “Reporting on the topic of gender-based violence” held in Jahorina.

Fatima Bećirović from the Gender Center of the Federation of Bosnia and Herzegovina, a guest lecturer at the educational workshop, pointed out that violence as a social problem should be dealt with by the state, through institutions and by applying laws. However, penalties for perpetrators of gender-based and domestic violence are often much milder than those provided by law.

“According to statistics, the Municipal Court of Zenica imposes the highest penalties for cases of domestic violence and thus represents an example of good judicial practice in treating cases of gender-based violence. In the cases of other courts, the data are mostly devastating, “Becirovic said, adding that” in over 70 percent of cases, suspended sentences are imposed, while a smaller percentage are imprisonment and fines. “
Fatima Šušnjar, coordinator of the Safe House in Bihać run by the NGO “Women from Una”, spoke about what a woman who suffers from domestic violence goes through and presented the circle of violence and opportunities to get out of it.

“When a woman leaves the circle of violence, she has three possibilities, and those are the SOS call, addressing the police and the center for social work. However, women who have survived violence, especially from rural areas, often do not know who to turn to or whom to call, ”said Šušnjar.
Journalist and activist Kristina Ljevak spoke about the harmfulness of the stereotypical way of presenting women in the media. “Stereotypical images and discrimination of women in the media are most pronounced in the advertising industry,” said Ljevak, adding that future journalists have an obligation to speak in an affirmative way about women’s rights.

Participants of the Journalism Academy in Jahorina were shown the Spanish feature film “Te doy mis ojosi”, which through a love and life story talks about the social problem of gender-based violence.

The Journalism Academy on Jahorina gathered participants from Sarajevo, Banja Luka, Tuzla, Ljubuški, Višegrad, East Sarajevo, Mostar, Pale and Bugojno, and is held within the project “Exclude Violence – Media against Violence against Women”, implemented by the Association / Association of BH Journalists with the support of the UN Women Office in BiH and the Swedish International Development Cooperation Agency (Sida).