The Academy of Journalism gathered 27 students from Jahorina 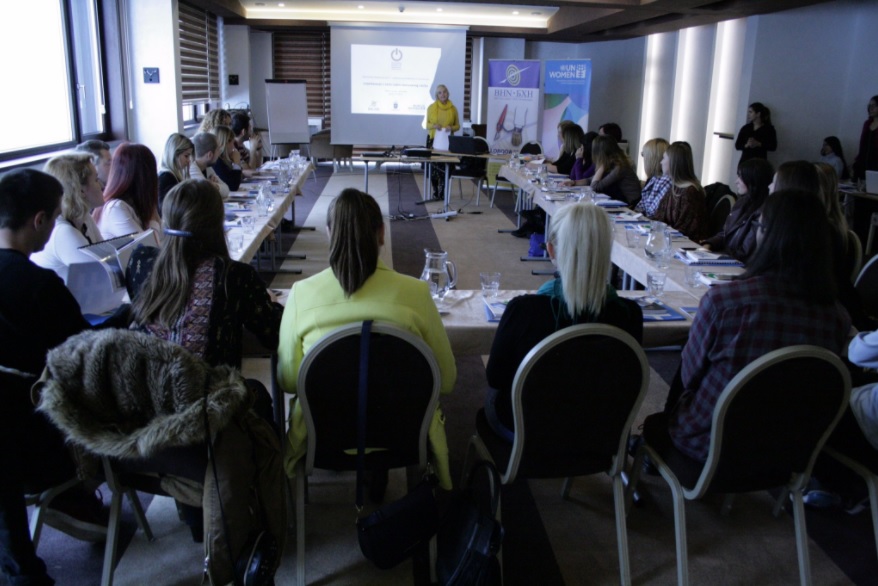 Jahorina, 19.11.2017-How to responsibly report on gender-based violence, what forms of violence against women and girls are most prevalent in Bosnia and Herzegovina, and how this social problem is treated through the legal framework and international standards are some of the topics that will be speeches within the three-day workshop for journalism students “Reporting on the topic of gender-based violence”, which began today in Jahorina.

Participants of the Journalism Academy, 27 students of the Department of Journalism and Communication from Bosnia and Herzegovina’s public and private faculties, will listen to lectures by media professionals, activists and representatives of public institutions for the next three days and actively participate in group and individual exercises.
On the first day of the Journalism Academy, the lecture was given by the Executive Director of the Press and Online Media Council in BiH, Ljiljana Zurovac, who spoke about journalistic ethics in the context of reporting on gender-based violence and the role of the media in covering violence against women and girls.

“Experience so far shows that this topic is reported only when the final outcome occurs, ie the final violence, murder or punishment for committing violence,” said Zurovac, adding that journalists and the media are obliged to work more on general awareness of the problem of violence against to women and girls in a way that they continuously report and break taboos and prejudices.

The Journalism Academy on Jahorina gathered participants from Sarajevo, Banja Luka, Tuzla, Ljubuški, Višegrad, East Sarajevo, Mostar, Pale and Bugojno, and is held within the project “Exclude Violence – Media against Violence against Women”, implemented by the of BH Journalists Association with the support of the UN Women Office in BiH and the Swedish International Development Cooperation Agency (Sida).